Learn about City of Jacksonville, including The Team.

About City of Jacksonville

Jacksonville, the 12th most populous city in the United States and the largest city by area in the contiguous United States, is a rapidly growing metropolitan city in Northeast Florida. With over 900,000 residents, Jacksonville is a consolidated city/county governed by a strong-mayor form of mayor-council government.  The 19-member City Council is composed of five at-large members and 14 members elected by district throughout the city. Lenny Curry is Jacksonville's 8th mayor since the consolidation of Duval County and City of Jacksonville governments in 1968.

As the cultural, commercial, and financial center of the region, Jacksonville drives the North Florida economy.  The city serves as corporate and regional headquarters for various companies in banking, insurance, healthcare, logistics, and other industries. Due to its convenient location, mild climate, reasonable cost of living, high quality of life and business-friendly government, Jacksonville is a popular location for corporate expansions and relocations.

One of Jacksonville's many natural assets is that it has one of the largest urban park systems in the country. The active and passive parks and preservation lands are a key part of the quality of life Jacksonville residents enjoy. So are the miles of beaches and waterways, a major symphony orchestra, a sports and entertainment complex downtown and a myriad of special events that this sports-loving city hosts each year. The proud home of the NFL's Jacksonville Jaguars, the city welcomed its first Super Bowl in 2005.

With a growing population, strong economy, diverse cultural and recreational opportunities and abundant natural resources, Jacksonville continues to distinguish itself as one of the nation's most dynamic and progressive cities.

Have questions? Reach out to us directly. 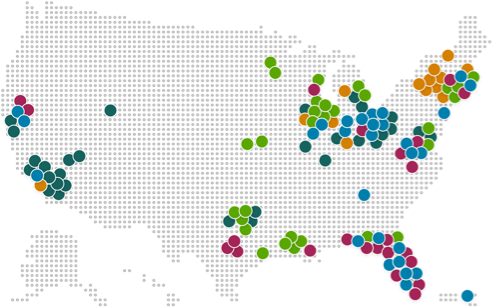